- this 76' steel sculpture along Shelby's Interstate 80 exit, symbolizes the importance of agriculture, and of the men and women who work the rich land to produce food for the world, and of the pioneers who tamed the corn stalk. The sculpture highlights the major commodities produced by area farmers -- corn, beef and pork. Sculptor Cliff Carlson of Wesley, Iowa was commissioned to design the nearly $14,000 sculpture.

The Agriculture Symbol is also listed at World's Largest a Documentary About Small Towns with Big Things. 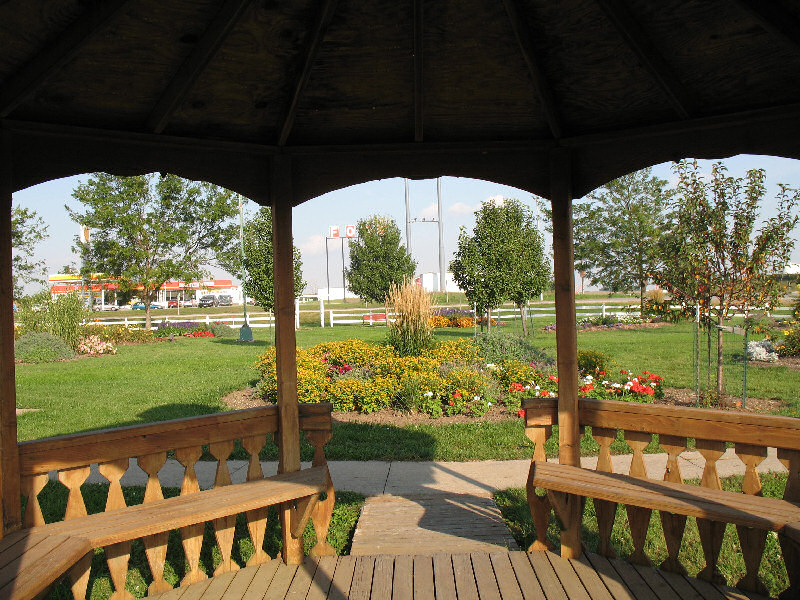 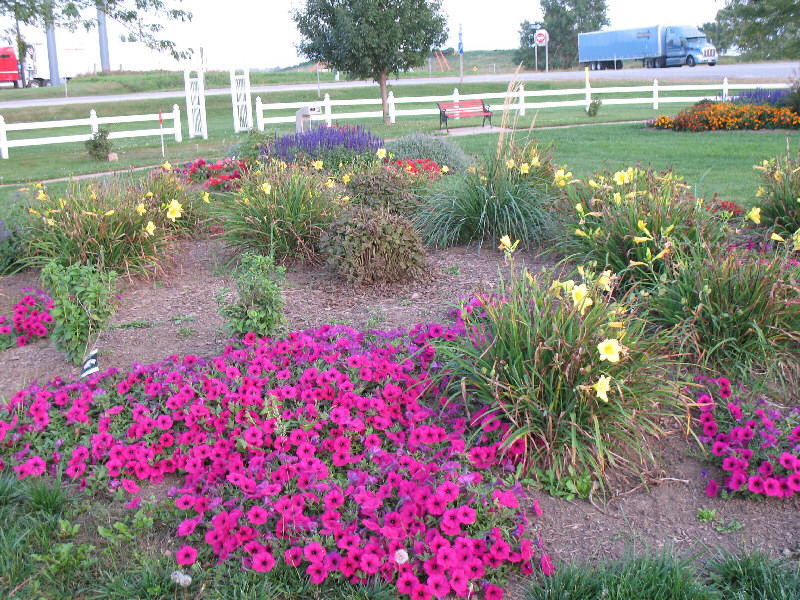 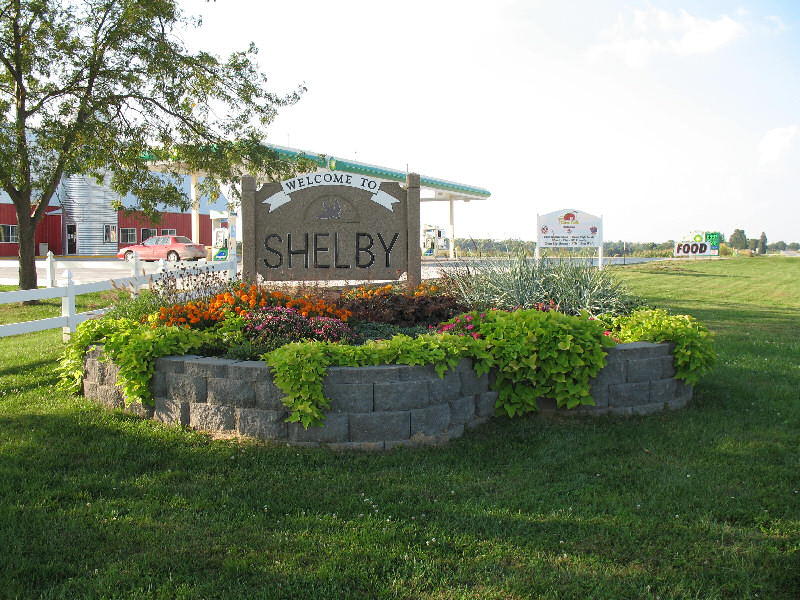 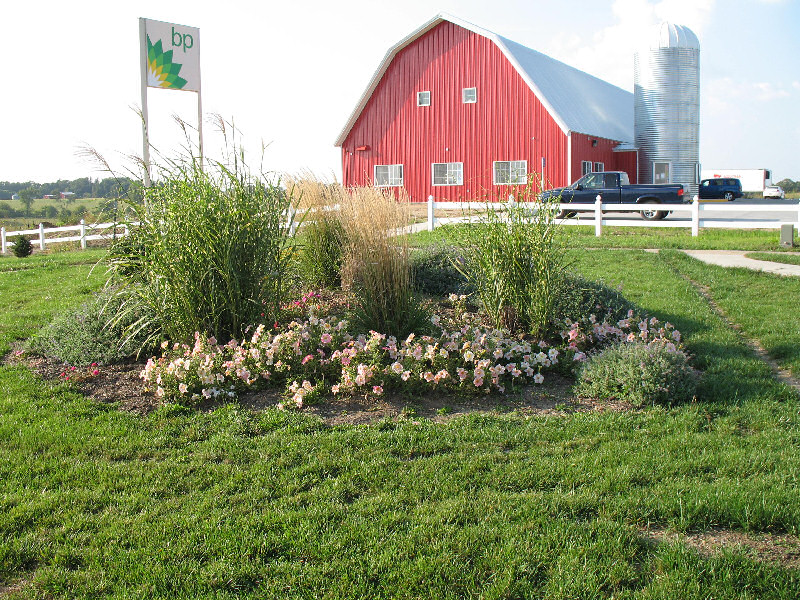